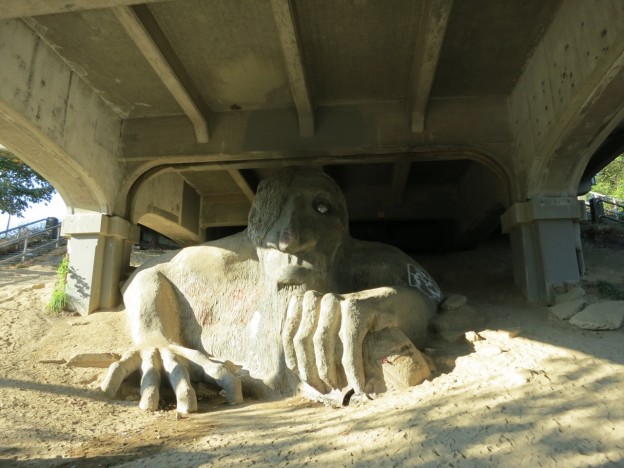 I like Seattle. It has the friendly, progressive port thing going on that reminds me of Freo. In the leafy suburb known locally as “The People’s Republic of Fremont”, there is a statue of Lenin, a troll under a bridge, and a musical instrument store called Dusty Strings. It was the perfect place to consummate my long-held lust for a Taylor acoustic guitar. Before leaving town I also wanted to pick up some local music, and I heard great things about an album called Maraqopa by indie-folk-rock artist Damien Jurado. Mr Google only offered one central CD store – Holy Cow Records at the Pike Street Markets. After dodging the famous flying fish, I found they only stocked second-hand CDs and was informed there were no first-hand CD stores left in downtown Seattle, only a couple in outer suburbs.

The CD is clearly waning as a format for music distribution, but should we be cueing the strings, reaching for the hanky, thumbing through to the therapist’s number, or writing a song to mourn its demise? It’s certainly had a good run, recently celebrating its thirtieth birthday, but are we finally moving onto to something better? Ironically, most of the mountains of digital music loitering inside the devices of the world is of a lower sound quality than what was considered good thirty years ago.

The MP3 file format started the demise of hard-copy music, but its compression algorithms result in a number of sound quality artefacts that are well documented. Other compressed file formats, such as the AAC format delivered by the iTunes Store, are improvements over MP3, but are still generally lower quality than CD. “Loseless” formats are available such as FLAC and Apple Loseless, that allow you to rip CDs without losing any quality, but it’s mainly nerds like myself who use them.

But shouldn’t we now be aiming for better quality than CD? Most recording engineers have actually been recording and mixing with digital precision specifications higher than CD for years, but the option of buying a finished product at these higher specs is only starting to become available. Sites such as BandCamp now allow artists to upload high-resolution lose-less formats for purchase. Some tracks on iTunes have now been “Mastered for iTunes”, which means they are still compressed AAC files, but they have been generated directly from high-resolution studio masters, rather than going via an intermediate CD-spec file and losing quality in the process.

So there are some promising signs, and I am starting to buy more digital downloads. However, I suspect there are a few more CD purchases in me yet, even if the only place I can buy them is the net! I can’t leave you without sharing some of Damien’s music and the beautiful photography of his wife Sarah.

One thought on “CDless in Seattle and why MP3 sucks”